If you’ve bought an electric scooter and want to show it off to your friends and family, it might be tempting to offer them a ride along with you. While this may seem like a harmless decision at first, sharing a ride with another person on one electric scooter is much more dangerous than you might think.

In fact, it is never safe for two or more people to ride on an electric scooter at the same time. Co-riding with another person on deck is very dangerous for both you and those around you, and in some countries, it is even illegal.

Scooters with huge weight limits might look like they could support both of you, but don’t be fooled. E-scooters are made exclusively for one person to ride at a time, and there are many reasons for that.

Below we will go through the major dangers of co-sharing a scooter ride, and do a quick overview of the laws in some countries regarding this issue.

The dangers of sharing a ride on your scooter with another passenger include: not having enough space for both of you, creating a huge disbalance in the scooter’s load, overloading the weight limit, damaging the scooter’s build, and having almost no space for maneuverability, which might lead to serious accidents.

The most obvious problem with two people riding an e-scooter is that you will not have enough space for both of you. Scooter decks are typically around 17 in / 45 cm in length, and they can only fit one pair of feet on them.

Longer decks may look like they could support two people standing on them, but there are other concerns to consider as well – their width, thickness, and weight limit.

Even if you get a scooter with a huge deck that can support two pairs of feet, you are still exposed to one huge danger – an imbalanced center of gravity.

Scooters are fairly light and thin items, considering the fact they support a battery, motor(s), and a whole human adult on top of them. That’s why having a proper balance on an e-scooter is crucial if you want to have a smooth ride.

As a result, manufacturers take years to design the perfect model with the right center of gravity, and they do this by planning that only one average adult person will ride their scooters.

When two people hop on the scooter, they create a weight disbalance which will make the ride a lot more difficult, leading to problems with turning sharp corners, stopping, or climbing slopes and ramps.

As you can see, scooters are made just the right way to support one adult rider, and have a few pounds of wiggle space, just in case. Two riders will significantly overload the scooter’s weight limit and quite possibly damage the scooter.

The most common defects from weight overload are overheating the motor and damaging the frame. Manufacturers have often taken this possibility into mind, and many of them strictly forbid you from exceeding the weight limit and void your electric scooter warranty if they notice any signs of you doing that.

Another practical problem you would face when two people ride on a scooter is limited maneuverability options for the driver.

Since scooter decks are quite small, the “passenger”, will have to stay behind and glued onto the driver, hugging them so they don’t fall off. This will not only be very uncomfortable for both of you, but will also leave the driver very little space for steering, footwork, and holding a balance on curbs and corners.

And in case an accident does happen, and you fall off the scooter, it won’t involve just the two of you. Street accidents often involve innocent pedestrians that happen to walk by.

Electric scooters can be fast and mean machines. Riding these vehicles should be done with the same amount of diligence as riding a motorcycle or a car, and the driver should always act accordingly, steering away from dangerous feats like sharing a ride.

Most cheap scooters under $1000 do not come with built-in suspension systems. Some of them, usually the better-named brands, have shock absorbers on the front wheel, but these are not the best-quality suspensions you will see on the market.

This lack of shock absorption is much more evident when you are pushing the weight limit of the scooter. Each bump will shake the scooter’s frame to the core, and possibly even damage some parts.

Wheel forks are the most vulnerable part that suffers here, along with the stem, which often cracks at the bottom where it connects to the scooter’s frame.

Are there any scooters designed for two people?

At the time of writing, no scooter company offers a specialized two-person electric scooter in their assortment, at least not one that is well-known and established. There are a couple of reasons for this, mainly revolving around safety concerns and the fact that two-people ridesharing got outlawed in many countries in the world, which we will see in detail later on.

The only company that somewhat tried to implement this idea into the real world is BOGO.

BOGO is a US-based startup that, in 2019, launched a ridesharing app for electric scooters. The BOGO app worked similarly to other popular ridesharing apps, like Lime or Bird. You find a scooter that’s not being used, scan the QR code on its wheel using the BOGO app, and rent it for a short ride at a small cost.

The innovative part about these scooters was that they allowed two people to ride them at the same time. You could install a second handlebar in the middle of the deck, and have a passenger ride along with you safely.

The downside – it didn’t quite work.

BOGO scooters raised many concerns, two-person rides got increasingly outlawed, and the brand didn’t manage to become a valid competition to other ridesharing apps which already had lots of users.

The BOGO app is currently unavailable in most places in the world, and I doubt it will ever be revived again.

Is it legal for two people to ride an electric scooter?

Electric scooter laws differ a lot from one country to another. Some governments were quick to act during the early 2010s and immediately updated their laws to include these vehicles, while others are still lagging behind and can’t seem to figure out a proper way to regulate electric scooters.

You can visit our electric scooter legal guide for a detailed overview of laws and regulations in each country and state. Below are the laws on two-person rides in some major countries where e-scooters are properly regulated.

The laws mention a minimum age, max speed limit, and mandatory protective gear (which are different in each state), but no state has so far added sharing a ride with a co-passenger in their laws.

E-scooter laws in Canada are a kind of a hot mess right now. In some provinces, they are loosely regulated and street-legal, while in others you are only able to ride them on trails, pathways, and bike lanes.

However, none of the province laws mention anything about two people riding one scooter, which presumably means the same rules apply here as any other one-person ride.

Queensland and the Australia Capital Territory are the only two regions in Australia with laws restricting two-person usage of electric scooters. In these regions, carrying a passenger on your e-scooter is strictly forbidden and comes with fines of up to AU$ 3700.

The other regions, including New South Wales and South Australia, have banned electric scooters on roads altogether, while others allow them with looser regulations, as long as their motors don’t exceed 200W power.

You can find a summed-up explanation of Australia’s laws on e-scooters in the Road Transport Regulation from 2017, under the section covering personal mobility devices.

In the UK, only rented ridesharing e-scooters can be used on public roads. Private scooters are currently not street-legal, and can only be used on private property.

However, it is specifically mentioned that no more than one person can ride a scooter at a time, so you can’t carry any passengers on board, even when ridesharing.

In Germany, scooters are street-legal, as long as they don’t exceed a speed of 20 kmh. Two people riding the same scooter, or riding on two scooters side-by-side is illegal, however, and can result in a fine.

The French government has put electric scooters under a somewhat looser category, placing them together in the same category as motorcycles. This means you can ride them on public roads and bike lanes, with speeds of up to 25 kmh, but you can’t, under no circumstances, ride them with another passenger.

If two people are caught riding the same scooter they would be fined €135.

In Belgium, electric scooters are regulated as regular bikes, and they must be ridden on bike lanes only.

Additionally, since 1 July 2022, Belgium introduced a minimum legal age of 16 years and prohibited riding an e-scooter with two or more passengers.

As you can see above, electric scooter laws around the world vary a lot, but the dangers of two people riding one scooter are the same wherever you go.

Just because a country hasn’t (yet) outlawed two-person rides, it doesn’t mean there aren’t any dangers in shared rides in that country. The chances of a major injury are the same anywhere in the world, and you should always avoid riding an e-scooter with a friend wherever you are.

It doesn’t matter if your scooter is a cheap, short-distance commuter, or an ultra-expensive power machine, the risk of losing balance, damaging the scooter, and causing an accident that may involve other people will always be there. 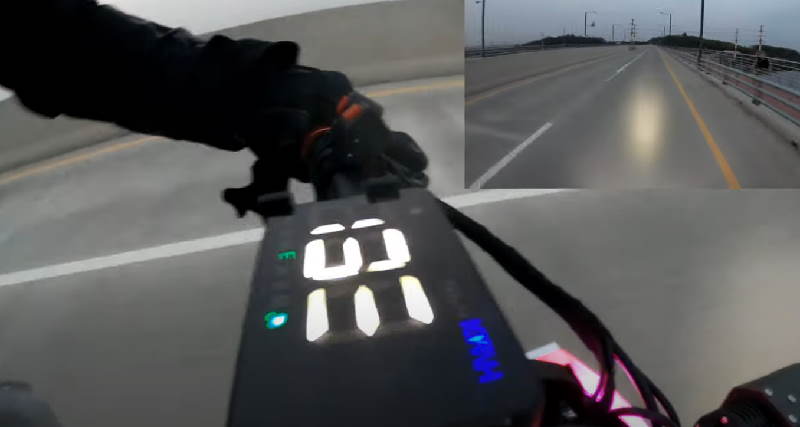 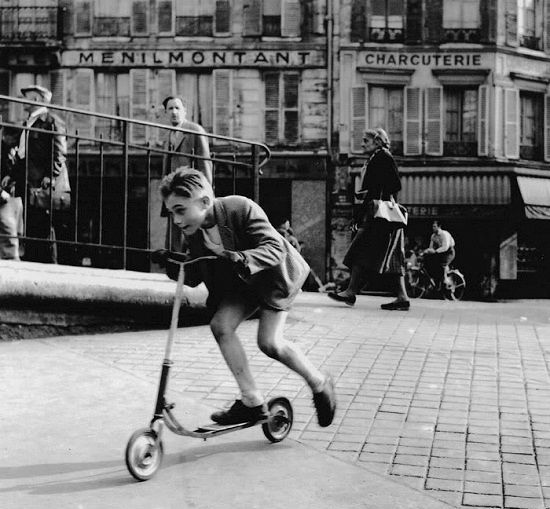