Whether you can use an electric scooter manually reminds me of a famous joke:

An escalator can never break. It can only become stairs.

You would assume that electric kick scooters are the same way, right? It’s a scooter that you technically can ride by kicking. So it can’t really break down, it can only become a regular scooter, right?

Well, in a way, yes, but technically, the real answer is a bit more complicated.

Can electric scooters be used manually?

Electric scooters can be used manually, but that’s difficult, impractical, tires you out quickly, and often against the manufacturer’s recommendation. In most scooters, the deck will be too high off the ground, and the hub motors can cause resistance.

There are only a few situations where you may need to ride your scooter by kicking, so let’s see exactly why, when, and how you may go about this.

Can you save battery by riding an electrical scooter manually?

Riding your electric scooter entirely turned off and only propelling forward by kicking will not drain your battery. If your scooter has regenerative braking functions, it will even recharge your battery when riding manually.

Since most electric scooters have lithium-ion batteries, their capacity will tend to get reduced with every charge. For many scooters, after a few years of usage, the original battery is at about half the capacity it had on day 1. Less battery means less range, and you might start noticing the need to save your battery a bit.

Most scooters with brushed DC motors have the regenerative braking function. Brushed DC motors are said to be “always-on”. They use electromagnetic induction to generate power, and are thus recharged when kick-riding.

However, having a brushed DC motor means that the motor also has drag when working. That means that you will meet resistance from the motor when kicking, and it will be harder to ride it that way. Your battery will be recharged though.

If your scooter has no regenerative braking, often meaning brushless DC motor, it will be easier to ride it like a regular scooter. But the battery will not be recharged.

With both, you will save your battery more or recharge it faster if you kick-ride your scooter while it’s turned off.

How much power does regenerative braking produce?

The amount of power that regenerative braking can restore will vary a lot, but typically, the average scooter can get up to 10% of its energy back.

In some systems, regenerative braking can save up to 70% of the power. However, that is not the case for electric scooters.

You can think of it like this: kicking your scooter while turned off on a flat road for 10 meters will recharge your scooter with the power to go 1 meter.

That’s not a lot, and it can’t be considered enough to seriously rely on it. Still, regenerative braking features will help, and it’s better to have them than to not have them (you are gonna brake anyway, why not get some battery juice out of it?).

Can you kick start a scooter without power?

It is possible but very difficult to start a scooter even if it has no power left. This will only be possible for scooters with regenerative braking.

I can see a use case when it’s wise to ride your electrical scooter like a regular one, although it could be a rare one. That would be if your scooter has regenerative brakes, or the capability to charge the battery by kicking it, and you really need to power up your battery as soon as possible.

Can’t think of many real scenarios like this though. Maybe if you’re close to the top of a large slope and your battery is empty, you can kick ride until the slope to get some power in the battery to start your scooter, and then use the regenerative brakes to power up as you go downhill…

But you won’t charge your battery that much. Regenerative braking is a nice efficiency feature, but not a reliable way to ride without battery power.

I’ve never been in a situation like this. My scooter has ran out of battery a few times so far. When that has happened, I’ve either got another means of transport, or I’ve walked with the scooter to a place where I can charge it.

It’s still a little piece of knowledge that may come in handy.

So while there are situations in which kick-riding could be useful, should you still do it?

What the manuals say

A lot of the manuals of the most popular electric scooters in the world say not to ride with one foot.

These scooters sell in millions and millions of units worldwide and are massively used by scooter sharing companies.

If your manual suggests not riding with one leg, I would take their advice. Often times, these will be the manuals of scooters that have no regenerative brakes.

On the other side of the coin, the manuals of the scooters with regenerative braking don’t seem to have to say a lot about this.

They do state that kick-riding can help save battery or recharge it, and usually don’t warn against it. However, they will give you more resistance when kick-riding.

We can conclude that scooters with regenerative braking may be safer to ride like regular scooters than ones without it.

Why is it difficult to ride electric scooters manually?

The biggest reason why scooters are hard to ride manually is that the deck is too high off the ground, and manually riding is very tiring and inefficient because of that.

Unless you play in the NBA, riding an electric scooter by kicking will be very hard to do if the scooter’s wheels exceed 15 cm / 6 inches (which is most electric scooters in the world).

They are simply not built for that. The deck being almost an entire foot above the ground will really prevent you to do an efficient pushing movement and get significant traction against the ground while keeping your balance.

On top of that, many scooters can be quite heavy (more than 44 lbs / 20 kg), with the more advanced scooters being significantly heavier. Very different from the kick scooter I had as a kid, which barely weighed 3 kilograms.

Let’s not forget the motor friction and resistance as well, which will make kicking even harder.

Some models don’t allow the wheels to move that fast without hitting the throttle. Most scooters have hub motors, which are tightly coupled to the wheels. This causes friction if you’re riding by kicking instead of using the motor, especially in scooters with brushed DC motors.

You will get tired very quickly. Trust me, I’ve tried.

In conclusion, it is very difficult to ride an electric scooter manually because it wasn’t built for that purpose.

But I really want/need to ride it manually…

Will your scooter immediately break down and burst into flames if you ride it regularly?

The answer, at least for the majority of the scooters is, of course not.

Most consumer-grade scooters can still be used like regular scooters. It is neither efficient nor necessary to frequently do that, but you can get away with it if you’re set on doing that.

In fact, most scooters need a kick in order to start. So it can’t be that bad really.

Plus, there are a few scenarios when your scooter can stop working, and riding manually may be your only option.

Your battery running out may be the most common but also the least harmful one to your scooter. Manual defects are also possible. Either some parts can become loose, typically the handlebar or the rear fenders, or you will simply get a flat tire. Both the motor and the electronics can malfunction for a number of reasons.

As we get better and better scooters, all of these are becoming less common. But you shouldn’t be too surprised if they happen, especially with more common, budget scooters.

If any of those happen to you, your best bet is walking with your scooter, or getting into a cab or another way of transportation. It is a way better option than kick-riding it. This is especially true in the case of a flat tire – kick riding will damage your wheels permanently.

Walking instead of kick-riding is the consensus in the scooter community in general.

While they kinda have a similar look, and operate on some of the same principles, electric scooters and kick scooters are very different, and they each come with a set of pros and cons when compared to each other.

The pros of electric scooters include higher speed, ease of use, comfortability, more features, and tireless rides, while their main cons are higher prices, heavier and less portable builds, and some maintenance.

Kick scooters, on the other hand, have lower costs, no need to charge them, very few maintenance requirements, some workout benefits, and generally longer lifespans as their main advantages, while their disadvantages are slower speed, tiring their riders, not being suitable for long rides, and not being reliable modes of transport.

See my guide on electric scooters vs kick scooters if you’d like a deeper dive into this topic.

You can ride electric scooters manually, at least the ones that don’t explicitly warn against one-foot riding in their manuals. It will be difficult, tiresome, and your scooter may resist you, but technically you can do it.

Should you ride electric scooters manually?

You probably shouldn’t. If you can’t ride it the way it was meant to be ridden for any reason, walk with it, or get some other means of transportation. 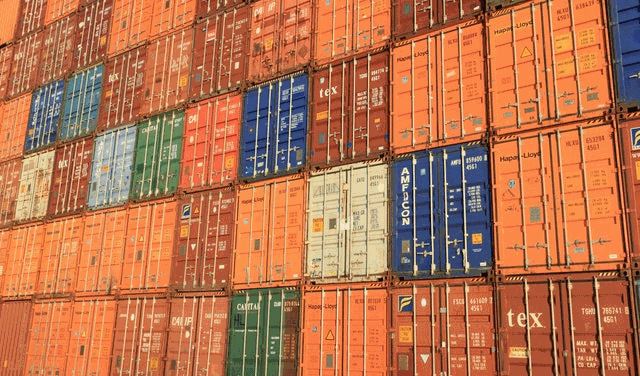