Electric-powered rideables have a great advantage over any other transportation vehicle. They are very eco-friendly. They do several things that help reduce greenhouse gas emissions, reduce traffic, and increase efficiency.

All of the reasons intertwine in a very powerful way. Rideables are a great solution to some of the toughest problems with pollution. This is especially true for electric scooters.

Are electric scooters good for the environment?

Electric scooters are great for the environment, as their use doesn’t result in greenhouse-gas emissions. They are very energy-efficient and only use as much electricity as a bigger household appliance. They reduce the need for cars and public transport, which clears up traffic jams and further helps reduce pollution. The only environmental problem they may cause is from improper disposal of batteries.

Electric scooters were designed to avoid fossil fuels from the ground up. It’s in the name itself, after all.

That also helped in spreading the craze about them faster.

Given that there are billions of vehicles in the world, it makes it one of the biggest threats to our planet. Traffic accounts for about one-fifth of all emissions.

In fact, the average vehicle out there releases 404 grams of CO2 for every mile it travels.

In addition, they release other greenhouse gases. They are not that high in quantity, but actually have worse greenhouse effects. Those gases include methane and nitrogen oxide.

Since electric scooters run on rechargeable batteries, they will never release greenhouse gases. Every person that leaves their car at home and takes their electric scooter instead, eliminates one car from traffic. Thus, they eliminate 400 grams of carbon dioxide per mile.

Big cities that have introduced scooter sharing apps know this best. They have frequently reported lower levels of carbon monoxide. Usually, it only takes a few months for this to become noticeable.

Reduction in pollution from traffic jams

Traffic causes pollution, but did you know that traffic jams cause extra pollution than usual?

The slower traffic as a whole moves, the more pollution it creates.

Cars and vehicles burn the most fuel when accelerating. This is especially so when going from standing still to moving.

The same is true when decreasing speed. A car will spend extra fuel and emit more pollutants when braking or coming to a stop.

Electric scooters are basically immune to traffic jams. They are so small, that they will never get stuck between anything.

Not only do they not get stuck in traffic, but they also help reduce traffic jams. Again, every electric scooter means one less car out there.

Burning fuel releases energy faster than using batteries. But cars are gigantic. They use most of that energy to transport the vehicle itself.

Electric scooters rarely weigh more than a dozen kilograms. They only need to carry their weight plus the weight of one person.

Of course, motor vehicles have their usage. We will not stop using them altogether any time soon.

But the biggest efficiency losses and pollution happen because of the poor use of cars. And nothing is less efficient than a single person in a car.

Cars still take up the same space and release the same amount of greenhouse gases, but they only move one person.

That is where electric scooters can shine.

Many scooters today have amazing ranges. Some can even go hundreds of kilometers on a single charge. Electric scooters are most efficient at transporting a single person.

If you want to find out how much you can save on your car commute with an electric scooter, check the car commute cost calculator.

Many cities throughout the world provide great infrastructures for bikes.

Not surprisingly, they are also the cities that welcome electric scooters with open arms.

Cities in Western and Northern Europe have encouraged their citizens to use bicycles for decades. They are finding that electric scooters are even more efficient than bikes. They help reduce traffic jams and pollution even further.

People will continue to use them for a long time, but electric scooters a better way of transport than bikes.

In any case, the transition can happen very smoothly in these cities. The existing bike lanes are perfect for electric scooters, as they both move at similar speeds.

That’s why these cities are some of the greenest and cleanest ones. This is despite the fact that they may have populations in the tens of millions.

Of course, it can’t be all good news. Electric scooters are still consumer products, they still have downsides, and their usage still requires energy. That ultimately ends up with at least some form of waste.

There has been a series of articles suggesting that electric scooters are not eco friendly at all.

However, if you read through them, and look at the research they cite, you will quickly notice a fault in the methodology.

The way they calculate pollution for scooters is quite strange. They sum up all the potential pollution, from the entire production chain for manufacturing them.

When we are talking about car pollution, we never even consider the pollution from the factories that produce them. We only talk about the emissions from cars.

The same goes for bicycles too, and for everything else.

Electric scooters have no emissions. That’s what makes them great for the environment.

They still have disadvantages though. Just not the ones found commonly around the Internet.

The biggest environmental threat that comes from electric scooters is their batteries. Or rather, their improper disposal specifically.

Big parts of the population are not yet aware of the proper way to dispose of batteries. That is one of the real problems we need to address.

Power plants that burn coal to produce electricity will always be less environmentally friendly than solar or other alternative power sources.

But that is outside of the realm of the electric scooter usage.

Since they are very energy-efficient, they are not costing a lot of electricity anyway. The increase in productivity they provide is well worth the few kilowatt-hours it costs to charge the batteries.

What is the proper way to dispose of electric scooter batteries?

The way to dispose of electric batteries may vary according to your location and your government’s requirements.

We can easily recycle electric batteries. If your local government provides you with a way to do this, it is definitely the way to go.

Batteries are harmful to the environment when not disposed of properly. They also have many parts that can be used again for other batteries. In effect, recycling them is a no-brainer.

Are electric scooters the future?

We can be certain of one thing – battery-powered vehicles are here to stay.

The real bleeding-edge driving battery technology forward is probably electric cars. They have come a long, long way in the last 5 years (and if you want to see how far along have scooters come in the last two centuries, check out my guide on the history of the electric scooter).

The Tesla models can now easily compete with all the other gas-powered cars. That holds across every performance trait, including speed and range.

That’s great news for electric scooters. They certainly benefit from the general advances in battery technology.

In the end, the real winner is humanity. By transitioning to electric batteries, we are less and less dependant on fossil fuel. Because of that, we get a cleaner environment. 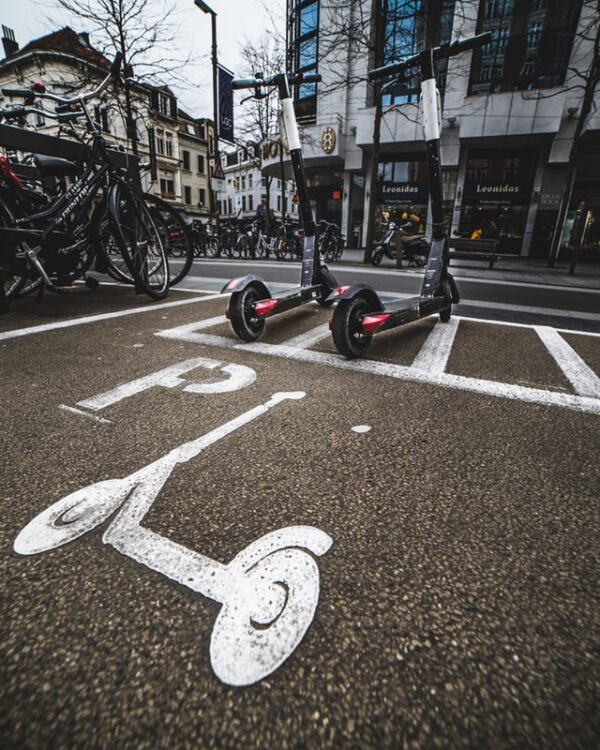 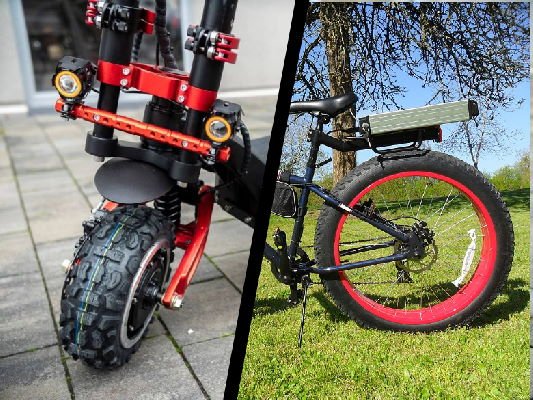 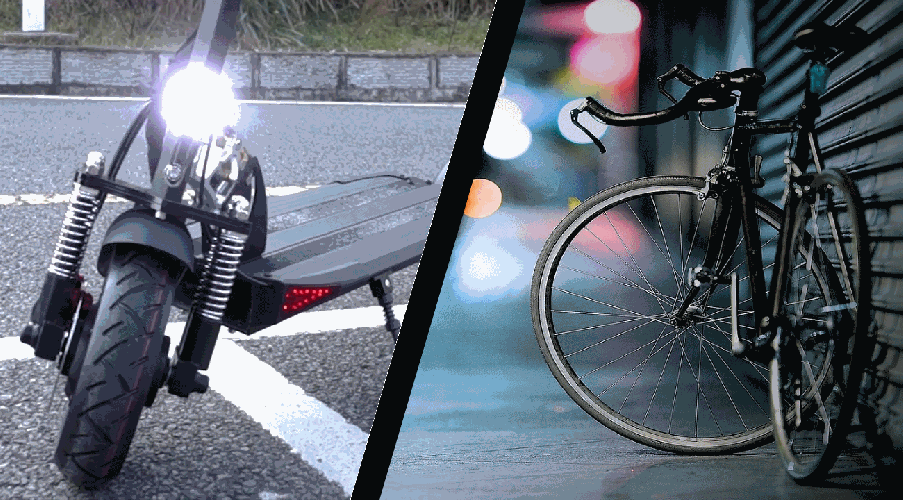 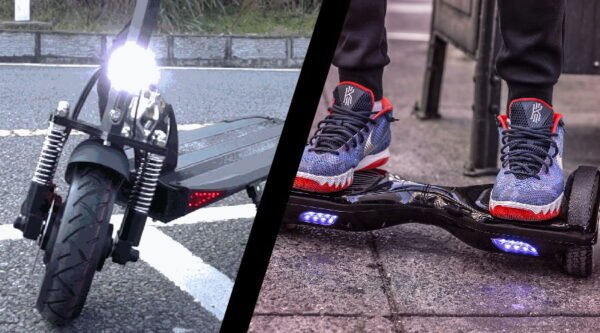 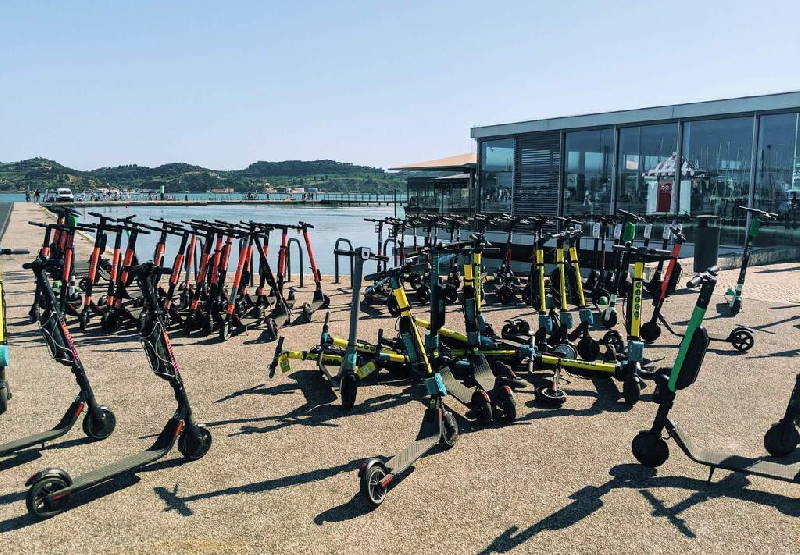