If you want to buy an electric scooter and you live in an area with lots of hills, you’ve probably wondered if electric scooters can go up hills at some point. After a lot of research, I’ve come up with the definitive answer.

The short answer is that most electric scooters can climb moderate hills easily, but will have some trouble climbing the steeper hills. Budget scooters will struggle with most slopes, while higher-quality and more powerful scooters will climb even the steepest slopes easily.

A big part of the scooters today will struggle to some extent with the hills that are a bit steeper, especially if the rider hasn’t done everything in their power to make the climb as easy as it can be. The critical properties that will determine the hill-climbing abilities of the scooter will be its motor power and torque, its battery, the scooter’s weight and the weight it carries, and its tires and suspension to a lesser degree.

If steep hills are a big part of the place where you live and you ride your scooter, read on to learn everything you need to know about riding on hills, and potentially what you can do to improve your scooter’s hill conquering abilities.

How steep a hill can an electric scooter climb?

On average, a good scooter will be able to handle angles over 20 degrees / 36.40% without any issues. The great ones will handle slopes of over 30 degrees / 57.74%. Lower-ended scooters will rarely be able to climb hills steeper than 15 degrees / 26.79%. On the other hand, some of the most powerful, more expensive off-road scooters can handle hills as steep as 45 degrees / 100% or more.

Of course, this will vary across scooter models. Plus, it will be affected by all the factors we will discuss in this article.

How do you ride an electric scooter uphill?

Before you reach the slope, try to develop as much acceleration as possible without sacrificing safety. Make sure your scooter is in the fastest speed and power modes, and is using both motors if it has two. When your scooter is climbing the hill, lean forward a bit and bend your knees slightly to make the climb easier. If the scooter is struggling, try increasing the speed all the way up to maximum, but don’t forget to slow down when you approach the top of the hill.

What are the best electric scooters for climbing hills?

Some of the best electric scooters for climbing hills include the Kaabo Wolf King, the Zero 10X, and the Dualtron X2.

Unsurprisingly, these will be the most expensive, highest quality electric scooters available, that have motors with power levels in the several thousands of Watts.

Motor power is the most important factor that will determine the hill-climbing abilities, so it’s only logical that the fastest scooters out there will also tend to be the best hill climbers too.

Some manufacturers include hill climbing angles in their manuals.

That should give us an idea about how steep a hill the scooter can climb with relative ease. Those numbers are good approximations, but they don’t paint the full picture.

The numbers reported are the maximum angles that the scooter has been able to climb, usually on a fully charged battery, and with a person of average weight (if not a little below average).

But those are ideal world scenarios.

The scooter will rarely be fully charged when going uphill. The person riding may be heavier than the person that has tested the scooter. There may even be an additional weight that the scooter carries, like a backpack or grocery bags.

So, while the hill-climbing angle is valuable information about the scooter’s performance, we should take it with some grain of salt.

However, many scooter manufacturers don’t report hill-climbing angles at all.

The reasons for that can be many.

I’ve found that usually the lower end or less powerful scooters tend to avoid reporting those numbers. This means one of two things:

Also, another useful metric to look at when researching the scooter’s climbing abilities is the motor power and the maximum weight it can carry. Those are directly proportional to the hill-climbing angle that the scooter will provide. The more weight it can carry, or the more power it has, the steeper the hills it can handle.

Can you improve the hill-climbing abilities of an electric scooter?

There are six major factors that will determine how well the scooter will go uphill:

Optimizing or improving upon any of these will make it easier for the scooter to go uphill.

However, they are not all feasible to do.

If you need some serious hill climbing powers, it may be worth considering getting a scooter that specializes in that, instead of trying to turn a budget scooter into a powerful climbing model.

The motor is the central piece of the scooter, its beating heart. Replacing it may not always produce predictable results.

But the motor is also the biggest factor when it comes to climbing hills. Its power will be directly proportional to the angles the scooter is able to conquer. The more Watts of power it has, the better the scooter will climb.

Regardless of the scooter and its weight, any motor that has less than 200 Watts of real power will have trouble going over a moderately steep hill with an average adult on it.

If you need to climb hills a lot, get a scooter with a motor that has at least 400 Watts. Preferably more.

Be careful not to look at the peak power, just look at the real power. This is a somewhat cheap trick that manufacturers can play to make their scooters look more powerful.

If you already have a scooter with a not-so-powerful motor, there are a few other things you can do to make it climb hills better. They will not make it conquer Everest, but they may help and make a difference.

The best thing you can do by far is either get a more powerful battery, or add one or more additional batteries.

Before you think about upgrading the scooter’s battery or adding an extra one, see how much voltage the battery has, and then check the voltage of the motor.

Bigger voltage of the battery is what will make your scooter more powerful.

But it’s possible that the motor’s voltage is already close to the battery’s voltage.

If that’s the case, getting a new or extra battery may not be feasible. The motor will simply not support any more voltage, and there might be defects and short circuits that will break down your scooter.

Adding a new battery is usually not that difficult, especially in scooters that come equipped for supporting a second battery. The most famous example of this is the Ninebot ES2.

If adding the battery yourself, you will likely have to install some sort of a frame for it. This is a bit more advanced and outside the scope of this article, but you will have to add the battery in series to increase the total voltage of the battery. We will create a special guide for this soon and link it here.

An important thing to also keep in mind: as you ride the scooter and the battery gets discharged, it will provide less and less power to the motor. It is a well-known fact that all devices powered by electric batteries get much better performance when the battery is full.

So charge your battery regularly, and try and have a full battery whenever you will be facing a steeper hill.

Apart from messing with the motor or the battery, there is one other powerful customization that can also add some degrees to the hill climb angles.

Many scooters come with their speed limited out of the box. This is done so that the scooters adhere to local traffic laws, but also for safety reasons.

Limiting the top speed of the scooter is essentially limiting the maximum power the motor can produce.

As mentioned before, motor power is the key to climbing. Reducing it will definitely affect the climbing angle of the scooter in a negative way.

By removing the speed limits, you will unlock more power from your motor.

Different models will require different things, but most of the time it will be a matter of getting some customized firmware that removes the speed limits built in the firmware that came with the scooter.

While not as big a factor as the other ones, standard pneumatic tires will climb better than solid tires.

Pneumatic tires will provide better friction against the road than solid tires, and they will slip less.

Suspension plays a role in hill climbing for electric scooters

The suspension is another minor factor that will also affect the way your scooter climbs hills.

The effect on hill climbing is small. Improving this aspect just to get your scooter to climb better will have a limited effect.

Improving hill-climbing abilities of an electric scooter by reducing weight

It’s just physics – the less weight the scooter has to pull uphill, the better it will handle the hill.

Removing weight can be done in two ways:

Reducing the weight of the scooter is another one of the ideas that are not very practical nor easy to pull off.

Expert mechanics and scooter enthusiasts all over the world customize their scooters this way, primarily to prepare them for racing. If you are one, or know someone with that kind of knowledge, you can go down this route.

A much easier solution, however, is to reduce the weight the scooter needs to drag around constantly. Adding 15 kilograms of grocery bags will definitely make those steep hills harder for the scooter.

A great example of this comes from a friend of mine.

Instead of dragging a backpack full of various items to and from the office, he just bought a few extra parts of those items and left them in the office. His backpack with his laptop, laptop charger, the scooter charger, a bunch of notebooks, and some other stuff added up to about 6 kg! When he stopped riding around with all that baggage, he got small but noticeable improvements in the scooter’s performance, including its hill climbing powers.

If you can eliminate some carry weight (without reducing safety!), do that. Chances are, your scooter will have an easier time going uphill.

Can an electric scooter stop while climbing a hill?

It is possible for the less powerful or lower-end scooters to have so much trouble climbing that they completely give up and stop. This can even happen to better scooters when their battery is almost empty.

You can try and give the hill another go if you like, just try and obtain more speed and momentum this time.

If that fails too, you will have to resolve to pushing the scooter uphill. 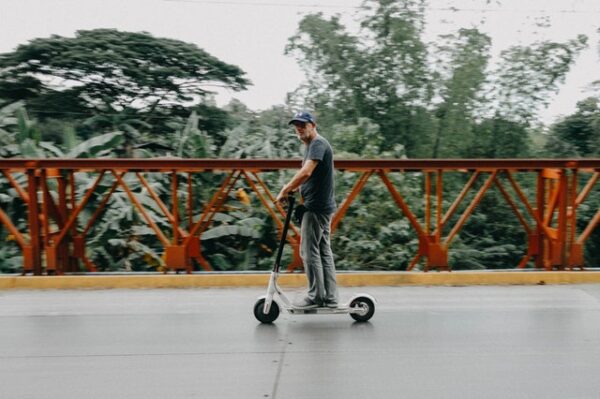 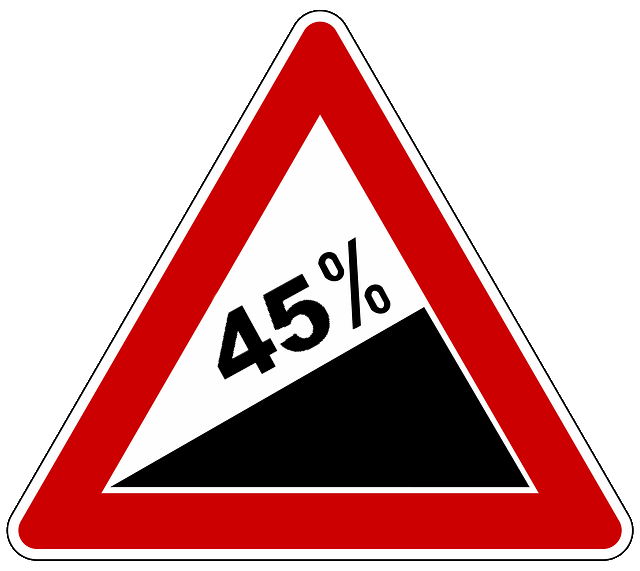